Tree of the Week 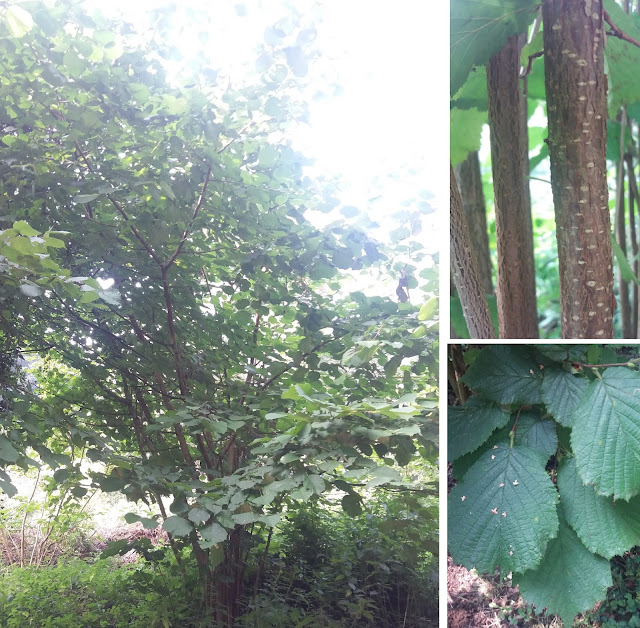 Hazel can be found throughout the UK, commonly seen in the understory of lowland oak, ash and birch woodland as well as in hedgerows. It can often be confused with Elm, as they have similar looking leaves, however hazel are a lot smoother. 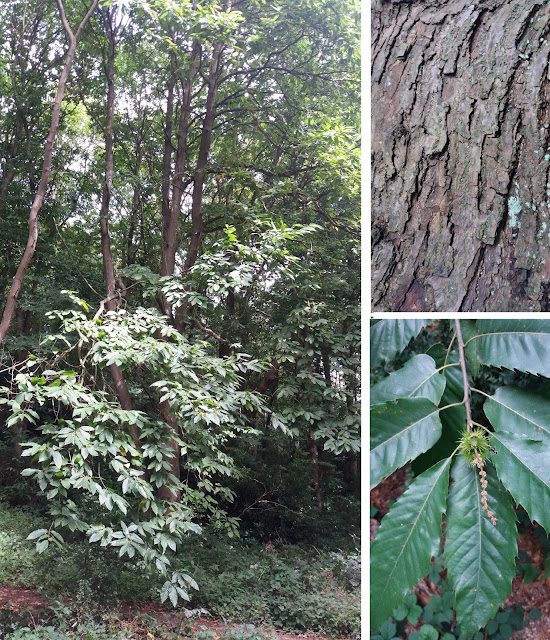 It was thought that the Sweet Chestnut was first introduced into Britain by the Romans, but today it can be found in large areas of woodland and coppicing plantations which the timber is used for fencing. 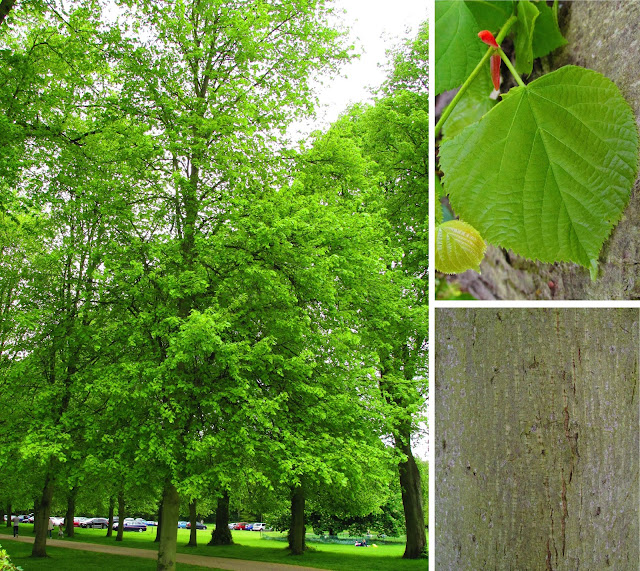 Native to the UK, the common Lime is a hybrid between Small-leaved and Large leaved Limes. Common lime is most often seen as an ornamental tree in large parks and estates. Here at Rufford, the lime trees make up what was once the old driveway, from the Western gates main entrance (A614) to the Abbey's grand doors.

(During the war, lime blossom was used to make a soothing tea). 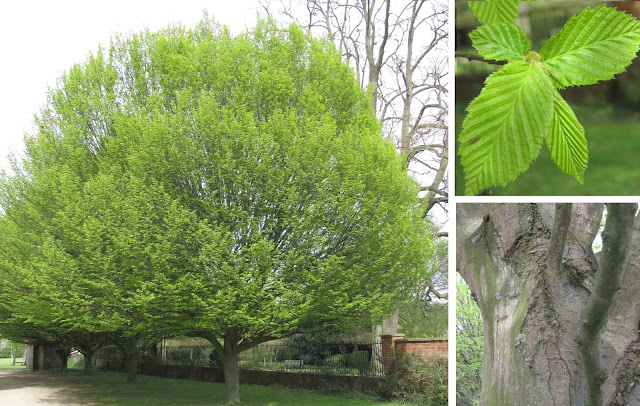 The Hornbeam, horn meaning 'hard' and beam 'tree' in old English, is traditionally used for furniture and flooring due to it's hard wood, as it's name suggests. Native to Britain it is a deciduous (leaves fall in winter) broadleaf tree, growing up to 30m tall and 300 years old. 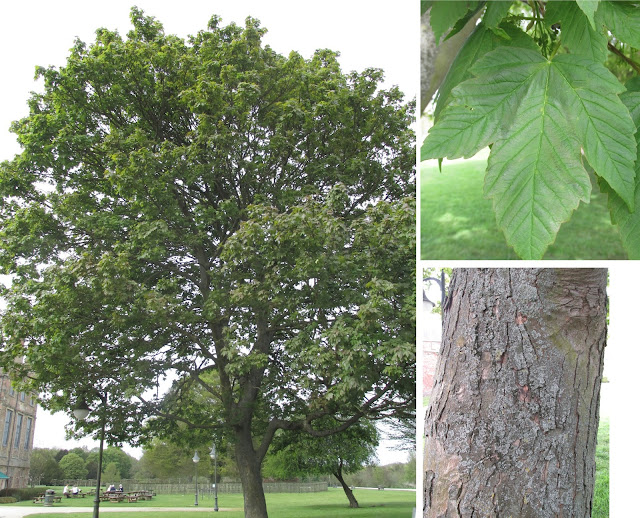 Sycamore is a fast growing and sometimes invasive tree, it tends to dominate woodlands blocking other species out. It can grow up to 35m and live to 400 years old. The timber is used for making furniture and kitchenware as the wood is strong and does not taint or stain the food. 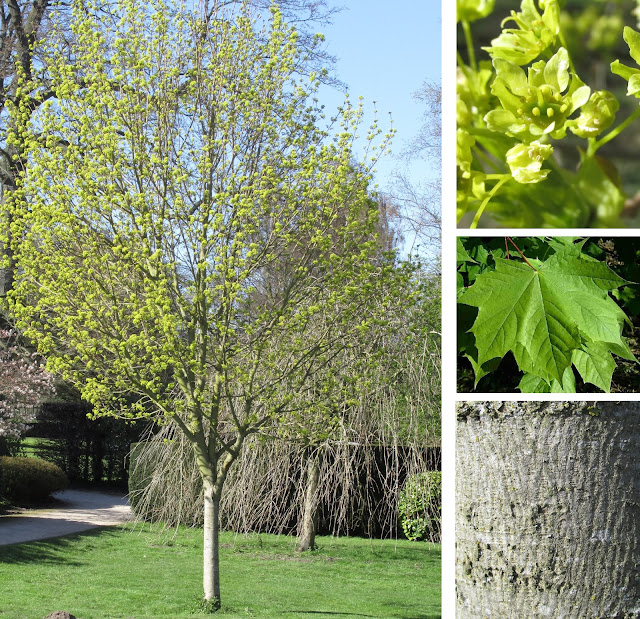 Native to Northern Europe, this tree was first introduced into Britain in the 17th Century. It can often be found as an ornamental tree in parks and gardens and also as a street tree, mainly due to it's tolerance of compacted soils, shade and pollution. 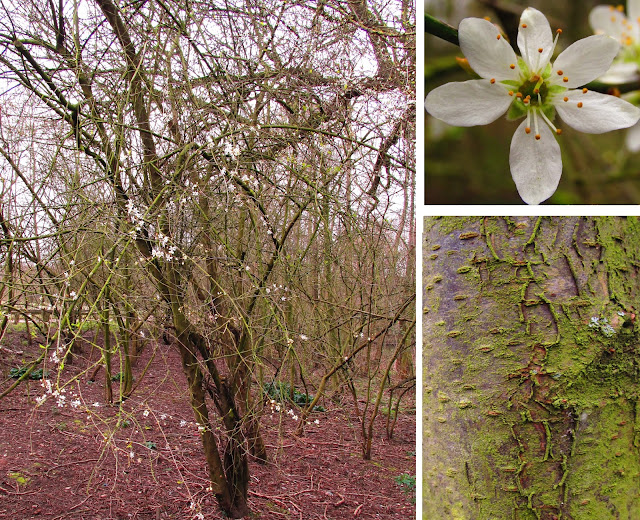 A large deciduous (sheds it's leaves) tree, native to the UK and Europe, except the far north. It grows best in fertile soil and full sunlight. This is a popular tree, planted for it's spring blossom and used by birds to feed from the fruit. 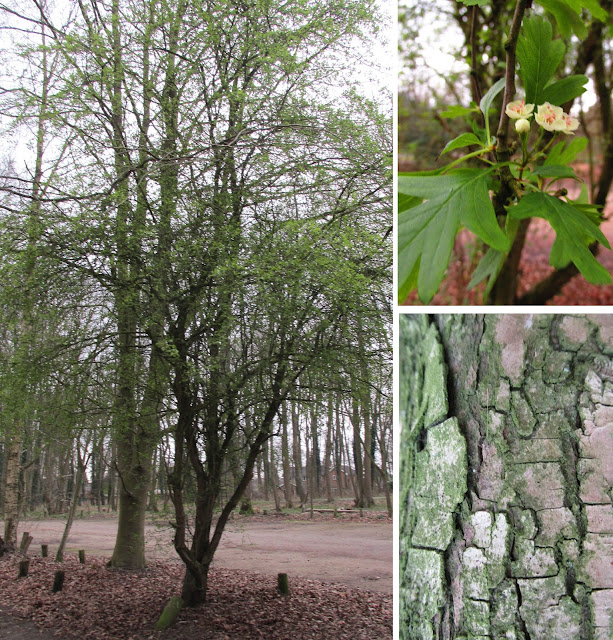 A small, spreading deciduous (loses it's leaves in winter) tree. It is commonly used for hedgerows as the thorny twigs which are densely packed, act as a good barrier and it's resilience to survive in harsh conditions. 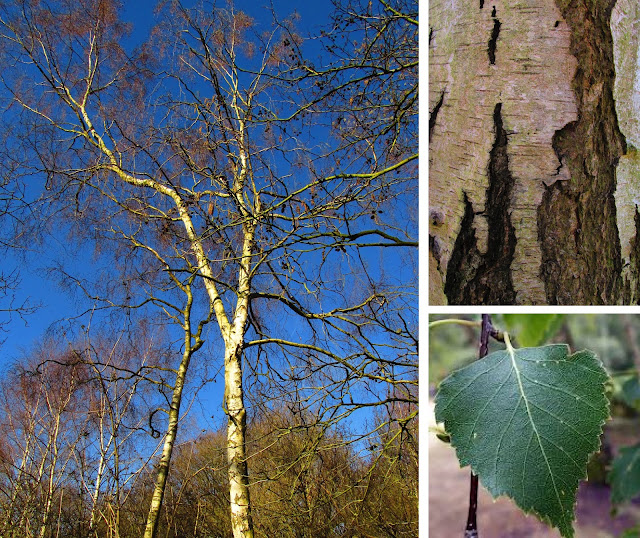 Native to the UK and Europe, this is a fast growing and sometimes invasive tree, growing up to 30m tall. Birch trees are associated with specific fungi particularly Birch Polypore (razor strop), which is a bracket fungus that grows on the trunk. 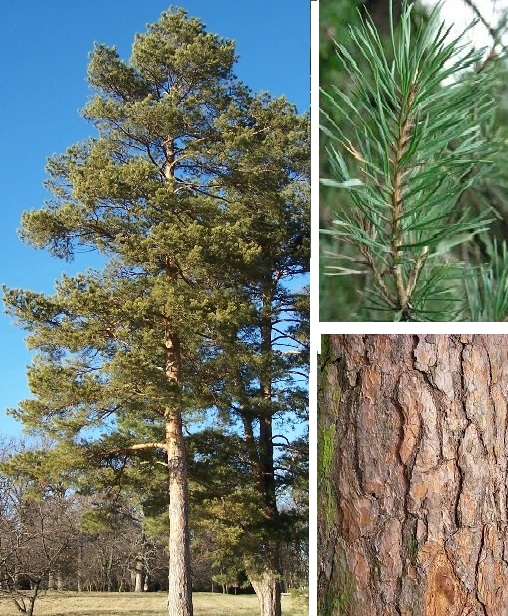 Scots Pine is one of only three conifers native to the British Isles, being more open and flat topped with a long trunk. The bark tends to be red-grey/brown lower down and red-orange higher up with a flaking scale like appearance. 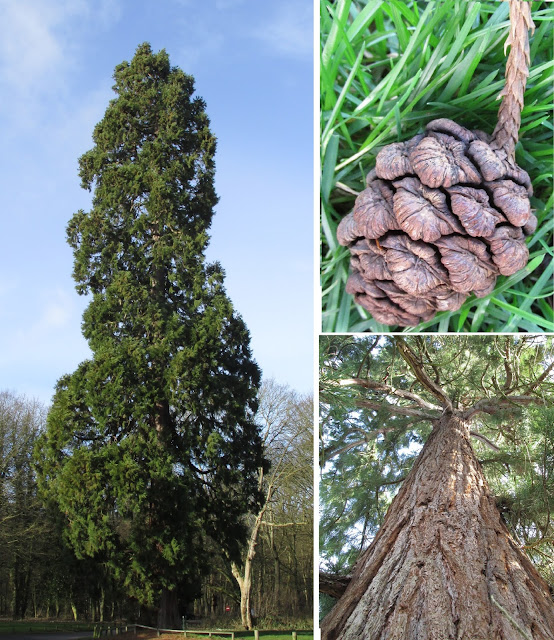 Evergreen and coniferous,the Wellingtonia is native to California and outstandingly large. It can grow up to 85m in height and trunk diameter of 10m. 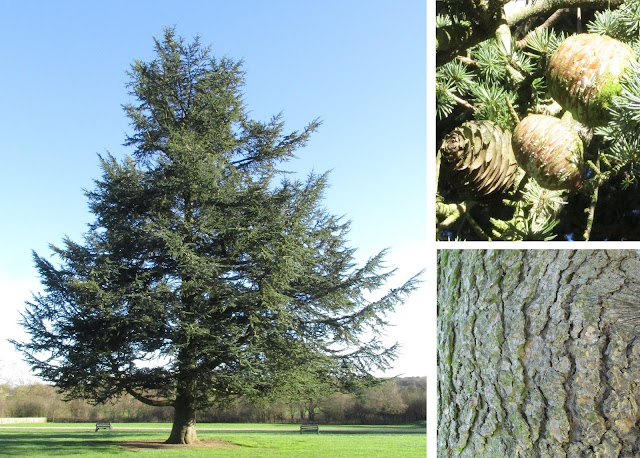 From the Atlas Mountains of Algeria and Morocco, this tree is narrow at first, becoming wider with age. Branches are ascending with fairly short blue-green or dark green needles. The bark tends to be dark grey in colour. 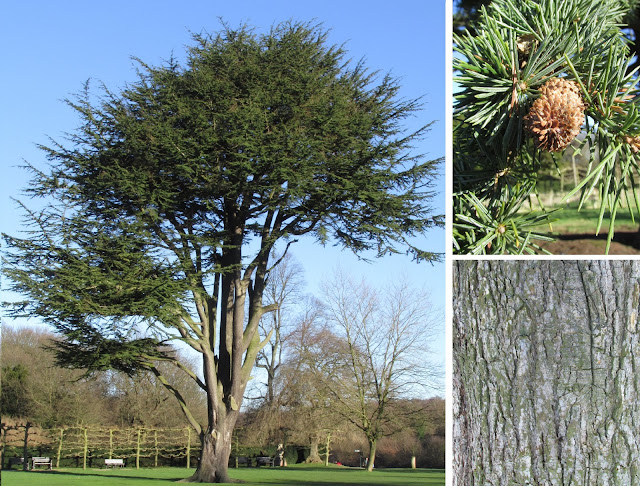 The Cedar is both evergreen and coniferous, native to Lebanon, it was brought over to the UK in the 1740's onwards as an ornamental tree in stately homes and mansions. Known for it's unique shape, it's broadly rounded with a shelf like flat top, growing up to 35m tall. The bark is greyish-dark brown developing scaly ridges on older trees. 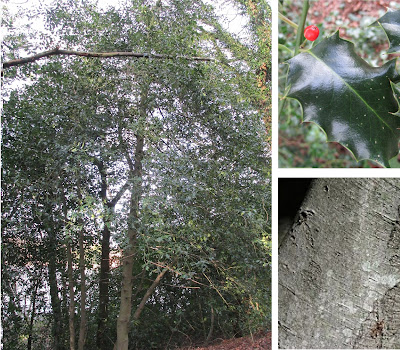 Holly is mostly seen in gardens and often used for hedges, but it can also form a substantial tree (up to 20m tall). The leaves tend to be spikey, glossy and dark green in colour, towards the base of the tree (to protect itself from wildlife grazing) and smother, less spikey towards the top of the tree. Holly bark tends to be smooth and grey, forming small pimples, often becoming silvery grey in older trees. 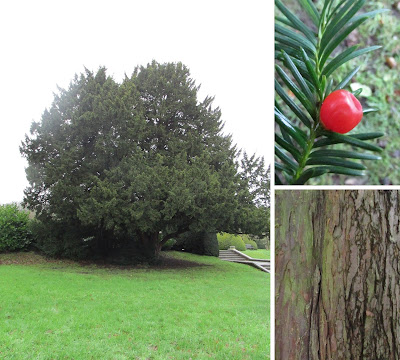 The Yew tree is one of the world's longest lived trees, with some more than 2,000 years old. Crowns in young trees tend to be coned-shaped, becoming columnar, then domed. Yews are evergreen trees which means they keep their leaves during the winter, making them green all year round. All parts of the tree, except the aril, are poisonous to humans and livestock. 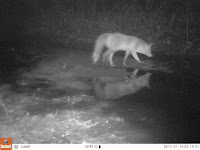 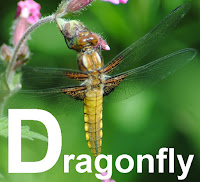